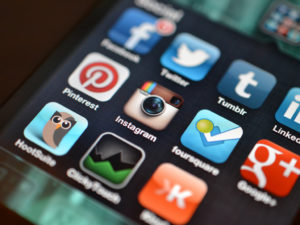 FOMO, or the Fear of Missing Out, is a real thing. It is the social anxiety of feeling that you are missing out on something because you are absent. In the age of smartphones and as much technology as we have, I think this is becoming more of a social problem than we let on. There are lots of interesting psychological articles written on the topic, which itself is not new, but social media, definitely enhances this fear. If you are on Facebook, Instagram, Twitter, Reddit, SnapChat, YikYak, Messenger, and even Pinterest, you may want to keep reading.

I have reduced my social media usage in the past 2 months, eliminating the use of Facebook and Facebook Messenger. It has been very interesting how I have felt about “missing out” on things. At first, I felt like something was missing. I would say that in the first couple of days I was a little bummed about not knowing what my friends and colleagues were up to, but at the same time the reason I gave up the apps was to focus on something else, so that soon consumed me. Although I didn’t know exactly what was going on by the hour, I knew that I wouldn’t be able to participate in these events anyhow, so I began to care less. It didn’t matter what I was missing, because I knew that I couldn’t attend. I had decided that something else was more important. In the coming weeks, I also realized that my true friends had my phone number, so if they really needed for ME to know something, they would reach out and contact me. Even though everyone is labelled as a “friend” on Facebook, we know that they are levels of friendship and it might really be a coworker, colleague, or someone you just met through social media. And it was the same for events. If there was a cool party or event going on, someone that actually cared if I was there or not would reach out and let me know about it, so that we could go together.

I am continuing my Facebook-free lifestyle through the end of Lent (until April). I completed the first task I was focused on, but I am now enjoying the quiet space in my head and focusing on other tasks I want to complete. It is absolutely amazing how much time we spend on social media if we are “active.” There are videos on YouTube which can show you how to find out how much of your cell phone battery usage is due to social media apps. Imagine if you spend 30 minutes a day scrolling through feeds: that’s 3.5 hours a week or 182 hours a year! That’s enough to read a couple books, work out at the gym, cook at home, paint a painting, wash dishes, do laundry, run a couple marathons, and accomplish several other tasks which you might claim you just do not have time for.

As someone who is a cross of both a millennial and part Generation X, I know what it was like before smartphones and social media. I do think that does give me, and my generation, a leg up on not really caring about what we are missing. You can not possibly know everything, so even if you are active on all social platforms, there is something you are still not going to know about, so why even try? Marketers are now using this tactic to draw you in (huge pet peeve of mine). I absolutely hate the continuous scrolling page, which makes you continue to scroll because you want to get to the bottom and the next article is just peeking, waiting to be read.

We are all curious creatures and will always wonder where everyone else is and whether we are missing something. And the answer is always yes! We are always missing out of something. And that’s ok. Enjoy the event that you are attending, enjoy the people you are currently with, stop checking your phone while you are out with people to see if something better comes along. Because 9 times out of 10, you are going to have the most fun being present in the current atmosphere than always wondering if you could be having more fun.

Food for thought. Check out this article I found interesting.